Every visible thing in this world is put in the charge of an angel.
– Augustine of Hippo, Eight Questions

Do not believe me simply because I have seen Heaven and Hell,
have discoursed with angels…. Believe me because
I tell you what your consciousness and intuitions will tell you
if you listen closely to their voice.
– Emanuel Swedenborg, Concerning Divine Love & Wisdom

In recent years, I have been thinking of writing down my life story – just for my kids, for posterity. This is something of a joke in my family because my mother’s “autobiography” upset all of her relatives (including her children). It definitely had something in it to upset everyone. I guess she just needed to get her perspective out there for all to hear. Oh well. But the story I’m thinking of putting down on paper isn’t from that perspective at all – a listing of all the hurts, upsets, and disappointments of life. I realized one day, just a few years back, that my life story is a series of miracles – one right after the other. Plenty of ups and downs, but whenever I was in desperate need of help, it always, always arrived.

I’ve told stories to my spiritual community about people on my journey who have, unbidden, entered my life and brought with them a message, a relief, or some comfort that I needed. This past week I’ve been reading an interesting book about angels and spirit guides which really – if I get critical thinking and analysis out of the way – would explain a lot of events in my life. (Yes, this is pretty “out there” and may be too woo-woo for you. That’s okay. I’m sharing this for others who may have inklings of what I’m talking about, but don’t like to say it out loud.) 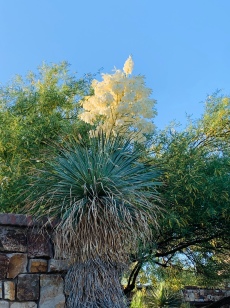 It is my dear friend, Robin’s, birthday today. She wrote, this morning on Facebook, “This morning while I was having my coffee on my patio a white feather floated by me and there were no birds around. So, I googled it: ‘This is the most common angel feather and is thought to be a sign of faith and protection. A white feather can also be your Angel telling you that any loved ones in heaven are safe and well.’” She concluded by saying, “Thank you Heidi and Gammy, the best birthday present ever.” What a beautiful story, symbol and message. And to think that Google was the intermediary! But, knowing Robin, she already knew what this meant. She just wanted written confirmation. 🙂

I’ve had angels watching over me since early childhood. And I have needed their help because I’ve gotten myself into many predicaments. The earliest one that I’ve been told about is when I very quietly fell into a pool as a toddler while my mom was deep in conversation with her friend, Shirley. Mother said that I went in head first and was sinking straight to the bottom without making a sound or a motion when she noticed, jumped up, and caught me by the ankle, pulling me out to safety. She was always mystified by how calm I was, how like a lead weight I was, and how she happened to look up at precisely the right moment. Swimming lessons began almost the moment we got home.

The other story my mother found even more traumatic and that she never could quite explain was when our family went to see the Chinese New Year parade in China Town (in San Francisco) when I was around three years old. The crowd that gathers for this event is huge and tightly packed on the streets. I was old enough to not want to be held or carried, and heavy enough for my mom to agree to just hold my hand. Because of the crowd, she and I got separated from my dad and sisters. As she told the story, we were packed so tight as the dragon began to go by and the crowd celebrated, that she couldn’t move. But when the main attraction passed, the crowd began to move like an excited river, with a lot of force and momentum completely heedless of anything in its path. She tried to pick me up but was unable to reach me. She said, “Out of nowhere a very big man appeared and could see the panic on my face. He looked down and saw you there and, without a word, he just planted himself there like a brick wall between you and the crowd. I started crying. When at last I was able to bend down and pick you up, I looked up to thank him and he was nowhere to be seen. He was just gone.” These are stories I’ve been told most of my life – but I don’t remember either of them. I am claustrophobic, though, and I get panicked in crowded rooms. My mom thought there was a connection.

And then there is my first conscious childhood memory of a miracle. I’ve told the story to my spiritual community and I count it as the moment I really had a visceral connection to the Divine. I’ll share it with you here. Picture a tired and stressed mother taking me, her daughter of age seven or eight, to the beach. She needed peace and quiet and time to write in her journal. It was too cold and foggy to be in the water so I was told in no uncertain terms to stay out of the water and to stay where she could see me. She said, “If you can see me, I can see you.” Contrary to what my husband says when he imagines what I was like as a kid, I must have been somewhat well-behaved at times, because she was so confident that I’d do what she said that she never looked around to find me again. I played in the sand for awhile, then I turned around and started to explore the sandy, brush-covered hillside. I climbed up on little animal paths through the brambles. I was a very confident climber since I climbed fences and trees all day at home. But I didn’t have much experience with hills. Somehow or another, I got myself up on a sort of cliff or overhang and scurried up on the dusty, dry hill and got to where I couldn’t move forward or backward. There was nothing to hang onto – no brush or bramble. And looking behind me, it was steep, dusty, and would mean a long fall if I slipped. I tried every available stick of grass, handhold or foothold and there was nothing strong enough to move me up or hold me as I tried to go back. I yelled for help, first timidly, then as loud as I could. No response. The crashing waves below, must have muted my cries. I could still see my mom in the distance, but she didn’t look up. I started to cry. Then I asked God to please help me (something I don’t remember ever doing before). At that moment or very shortly after, something shifted. I felt calmer. I looked around and there, against the hillside – just where I had been looking and finding nothing before – was a drainpipe. A drain pipe! I couldn’t believe my eyes. I shifted a bit, reached for it and got ahold. It was anchored strongly enough that I could use it to support me as I crept up the hill past the steep, almost vertical, section. As I got to the top, to the parking lot above the beach, I looked down. Where did that come from? Why was this tiny drain even there? I joyfully, but shakily, ran down the stairway from the parking lot and ran back to my mom. I plopped down on her blanket to tell her the story and she got upset with me for getting it all sandy. She asked for just a few more minutes of “peace and quiet” so the story went untold. It wasn’t until I was in my twenties, in a conversation with an Episcopal priest, that I ever told the story again – but I pondered it for years – my own deep knowing that God came to my rescue. I now think that an angel placed the drainpipe there.

I love Annie Dillard’s writing, because she is both highly rational and scientific and highly mystical. Her memoirs are considered non-fiction. In one passage, she describes a solitary and awe-inspiring moment in her life that I have shared in sermons throughout the years. Perhaps I repeat it because it captures that odd sensation that there is more to what is in front of us than meets the eye – a sense of the transformation of the ordinary. This story she tells is about a day when she was walking near a farm on a dirt road and everything changed – the silence of the field next to her overwhelmed her.

She writes: The roosters across the road started, answering the proclamation [of the lone maniac bird] or cranking out another round, arhythmically, interrupting.… I shifted along the fence to see if either of the owners was coming or going. To the rooster I said nothing but only stared… When I was turned away in this manner, the silence gathered and struck me. It bashed me broadside from the heavens above me like yard goods; ten acres of fallen, invisible sky choked the fields. The pastures on either side of the road turned green in a surrealistic fashion, monstrous, impeccable, as if they were holding their breaths. The roosters stopped. All the things of the world – the field and the fencing, the road, a parked orange truck – were stricken and self- conscious…” “…[T]he silent fields were the real world, eternity’s outpost in time, whose look I remembered but never like this… I turned away, willful, and the whole show vanished. The realness of things disassembled…” She continues, “Several months later walking past the farm on the way to a volleyball game, I remarked to a friend…, ‘There are angels in those fields.’ Angels! That silence so grave and so stricken, that choked and unbearable green! I have rarely been so surprised at something I’ve said. Angels!” (from Teaching a Stone to Talk).

Okay, I’ve rambled about these encounters with the miraculous for way too long today, but I guess I’m attempting to make the point that even through this dull, inactive phase of life in which some of us currently find ourselves, we may still be surprised. It is possible to see that this life – despite politicians, uncaring humans, repetition, and pandemics – may be filled to the brim with magic, with spiritual presence. If we have the eyes to see, miracles abound. Now if I can just remember….

Love, magic, and miracles to you,
Karen

P.S. I’d love to hear your miracle stories, too! 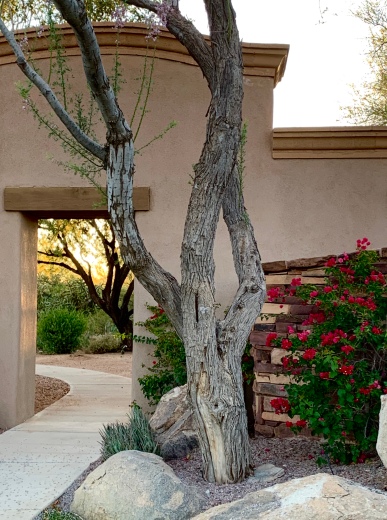